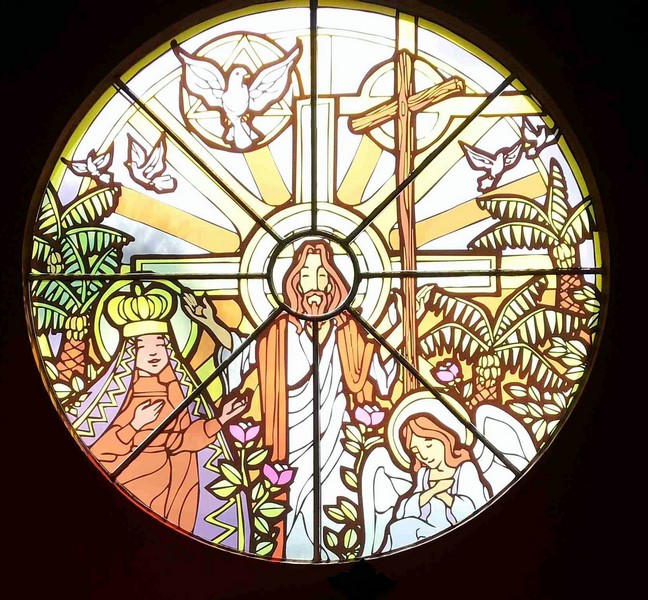 During Lent, the liturgy invites us to contemplate resurrected Christ’s apparitions to his disciples. Thinking about what an apparition means is very interesting for our faith, especially regarding what we are really hoping for and believing in our own resurrection.

Actually, Christ’s body presents, after His resurrection, some very surprising characteristics. He is able to appear almost at the same moment in two places that are twelve kilometers away from one another; while the locked doors of the Cenacle cannot prevent Him from entering. There, the frightened apostles are gathering to remember the event they have just gone through, which means that there are celebrating the first liturgical Eucharists. His own disciples, including the closest ones, do not recognize Him … only three days after His death! But, who would be unable to recognize a close friend only three days after his departure? Therefore the resurrected body seems very different from the body of Christ during His terrestrial life! However, it is certainly His body, conceived from the Holy Spirit, born of the Virgin Mary, and crucified under Pontius Pilate, for He is going to show the proof of His torture to the apostle Thomas … Although they are not scabbed yet, they are not painful. These are the characteristics of a glorified body: free of everything that has spoiled this present life, such as evil, suffering, death and sin. 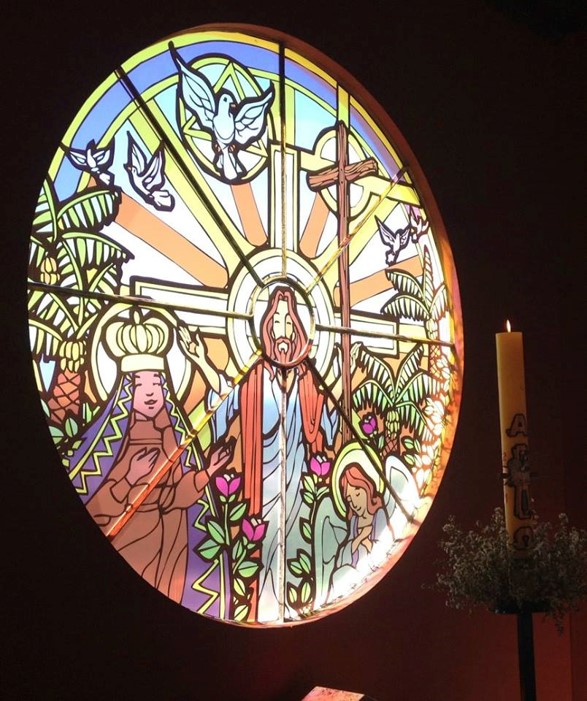 As a matter of fact, apparitions clearly show that the invisible world exists and can become visible in order to strengthen our faith when it is necessary. Moreover, they prove that the invisible world is much more being [otherwise] than [elsewhere] Saint Yves himself was the grateful witness of an apparition, actually, of an epiphany (manifestation). In his manor of Kermartin, he had welcomed a very ugly beggar, had him seated him in front of him and, even, shared his bowl with him. By the end of the meal, the poor had risen, said goodbye and, turning to Yves and his friends, had offhandedly said to them in Briton: « Kenavo. Ra vezo an Aotrou ganeoc’h ! » (Farwell! God be with you!). At that very moment, the poor appeared totally transfigured and dressed in a white cloth. It seems that only Saint Yves was able to see him as he was for he was required to explain the event to his hosts: “That he who arrived so ugly left so beautiful and the house has gleamed of the light of his vesture … Now, I know that a messenger has visited me from Our Lord.” 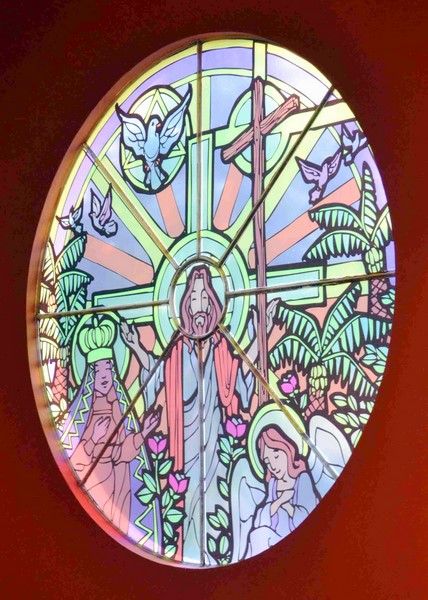 Of course, this testimony that was made during the canonization process (witness 3) reminds us of the leprous transfiguration that Saint Francis of Assisi lived after he had overcome his repulsiveness and had kissed him.

Illustrations: The fourth of fourteen original stained glasses that will embellish the Holy Cross Chapel, in the favela of Horacio (Brazil), in order to lead the poor of this very violent neighborhood to discover the Gospel through the beauty of religious art. Jesus meeting His mother, who is painted as Nossa Senhora APARECIDA, patroness of Brazil: though contrary to what the name may indicate, Mary did not “appear” to Brazilian natives, but she manifested herself in 1717 thanks to a statute that they discovered in their fishing nets.