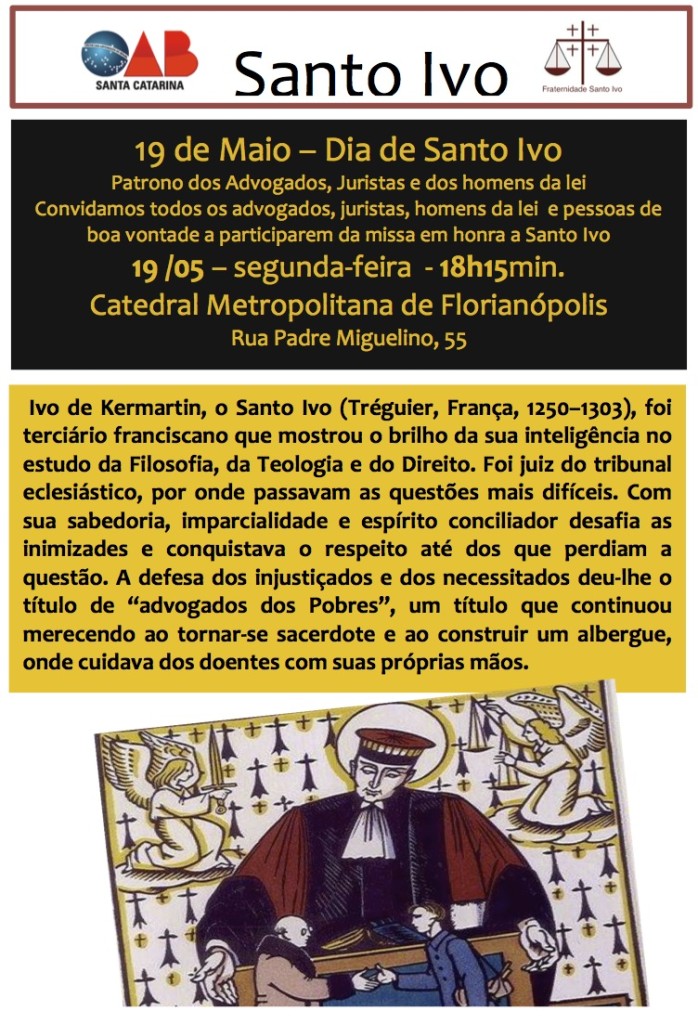 On May19th, Saint Yves’ feast has been celebrated in many places…!!!

In Brazil, It was solemnly celebrated  in three towns. Two of them have a relics of Saint Yves: Santa Maria, RS that inherited of the relics that Dom Ivo Lorscheiter received when he went and presided Saint Yves’ feast in Tréguier; in Sao Paolo Saint Yves parish that sent a delegation to receive another relics during 2011 Saint Yves feast.

In the metropolitan cathedral of Florianopolis archdiocese, at 18h15, a solemn mass was celebrated by Father Philippe Roche, previous pastor archpriest of Treguier (2006-2012), before the representatives of the lawyers and judges of Santa Catarina State.

In Saint Yves’s Feast in Brittany, the musicians playing the famous “The faith of our ancestors”* (in the CD of the Psallette of Treguier cathedral). 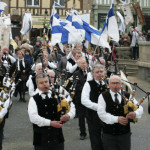 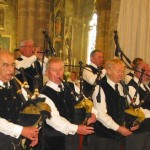 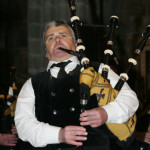